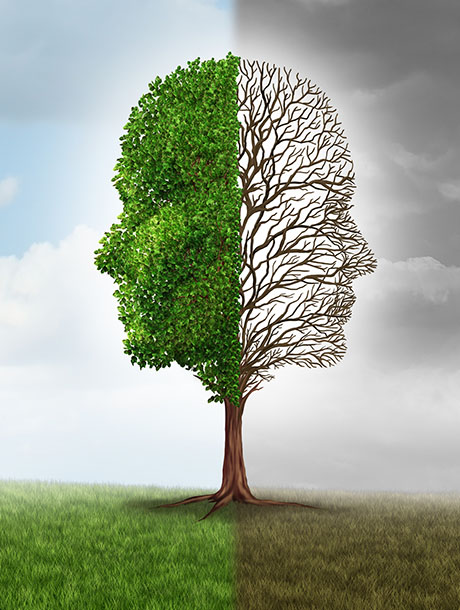 Bipolar disorder is a serious condition that causes extreme mood swings. These mood swings may include emotional highs (known as mania and hypomania), and emotional lows (depression). When someone has bipolar disorder, and they are experiencing a depressive mood, they may feel sad, hopeless and lack interest in activities that they usually enjoy. But when their mood shifts to the other direction, they may feel euphoric and energetic. These mood changes can occur a few times a year, or as often as several times a week.

Although the cause of bipolar disorder remains unknown, research has lead us to believe that several factors may be involved in this condition. These factors include:

Factors that may increase the risk of developing bipolar disorder or act as a trigger for the first episode include:

With bipolar disorder is a long-term, disruptive condition, it is possible to control the mood changes with a customised treatment plan. In most cases, medication and psychological counselling can be used to control bipolar disorder.